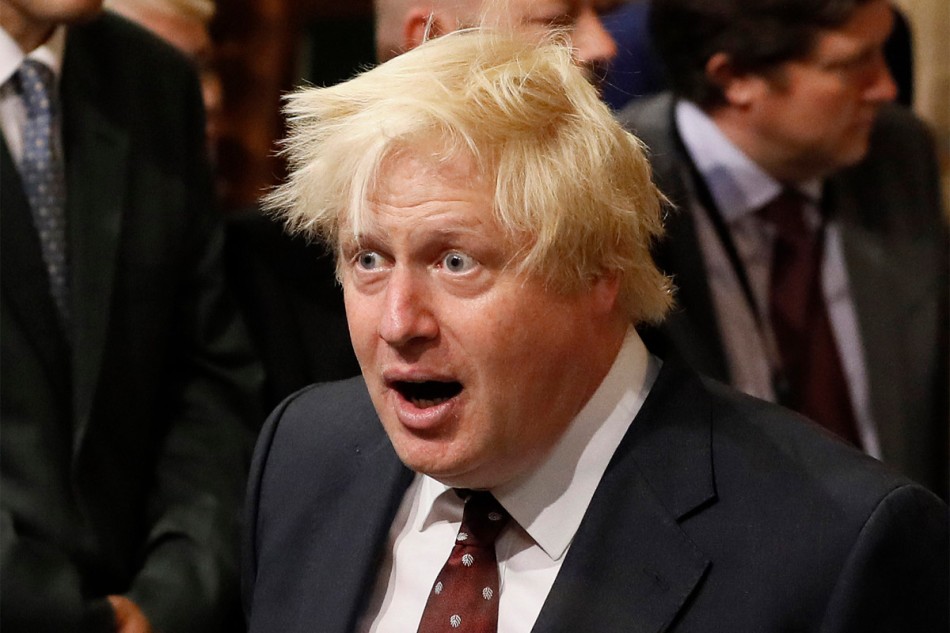 PM BORIS Johnston has denied that his “Shite or Bust” Brexit strategy has “splattered” after this evening’s historic lost vote in the House of Commons.

The lengthy emergency debate concluded when MP’s voted by 328 to 301 to begin the process of introducing a bill ruling out a no deal Brexit.

“’Shite or bust’ is on course,” Boris told reporters leaving parliament after the humiliating defeat, “that’s why it’s called ‘shite or bust’ sometimes you shite sometime you bust, it’s a fine policy, fit for purpose and working well.”

Introduced with great fanfare just six weeks ago, “Shite or Bust” promised to see the UK out of the EU on October 31, “no ifs no buts”.

Unfortunately for our tenacious PM it was a day of “busts” today, with many in his own Tory party not even bothering to vote for him.

The first “bust” was when the Tory MP for Bracknell Phillip Lee defected to the Lib Dems when Boris was pontificating at the dispatch box.

With the indignity still showing on his face he was splattered again as news emerged that his party were trying to bully the grandson of their great war leader Winston Churchill out of the party for not toeing the line.

Leader of the House, and staunch Boris supporter Jacob Rees-Moggs lay down during the debate, causing yet more splatter.

“Shite or bust’ is on track, it will always be on track,” Mr Moggs arrogantly yawned from the government benches, “though I’d prefer if it was called the “Poop or Pop” policy!

“I can understand Boris wanting to be populist, but ‘Shite’ is such a plebian word,”  he concluded.

The PM will now try to call a General Election, though whether he gets it or not is another splatter…erm… I mean matter.

Two thirds of MP’s must agree and Labour leader Jeremy Corbyn has said he will be supporting no such thing until the Bill blocking a no deal exit is passed.

But rest assured “Shite or Bust” remains on track.

“’Shite or bust’ has splattered, is splattering and will continue to splatter,” the leader of the opposition told the House.