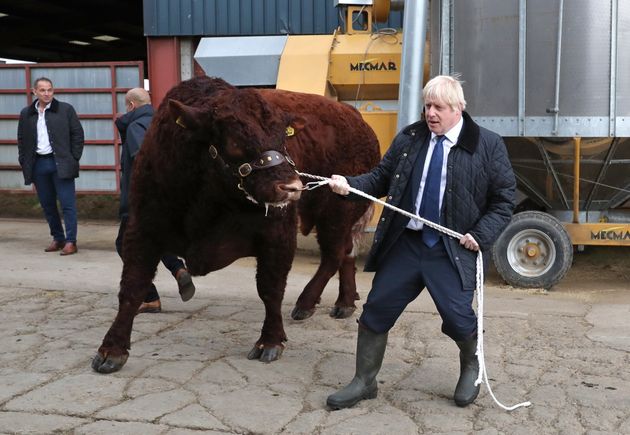 PM BORIS Johnston is heading to Dublin in a few hours hoping to convince Taoiseach Leo Varadkar to opt for an Imperial/Colonial solution to the Irish border backstop problem.

Dismissing as “utter drivel”, speculation that he would be discussing a Northern Ireland only solution, with Mr Varadkar, involving a border down the Irish Sea, Mr Johnston said: “Ireland was part of the British Empire for centuries and it worked famously well,” he said, “and could well do so again, it might be the very solution we have been looking for.

“Leo is a reasonable chap and I’m confident he’ll be open to the idea!” Solving the Irish border backstop issue has been taxing the best brains in the UK and the EU for three years.

“We need to think Imperially in order to avoid a hard border in Ireland,” he suggested.

Mr Johnston made his remarks over the weekend after it was suggested to him that his “Shite or Bust” Brexit strategy is dead in a ditch.

“Absolutely not,” he said, whilst pulling a bull in a Tory heartland, “Sajid said we are straining every sinew for deal with the EU and we are.

“We’ve booted 21 MP’s out of the party, Amber has booted herself out and good riddance.

“We will test the law to the limit to avoid another delay to Brexit, we will hold an election as soon as their smelly no deal bashing Bill is passed.

“How on earth can you say “Shite or Bust” is dead in a ditch with all this going on? It is a spectacularly successful policy in every respect.

“I’m telling you the Irish will be crying out to be colonized again after my visit on Monday!”

Mr Varadkar made no comment when asked to respond to this, though his raised eyebrows and disbelieving double take are being treated as a response by most media outlets.

0 comments on “BREAKING: Boris to propose Imperial/Colonial solution to Irish backstop in Dublin”