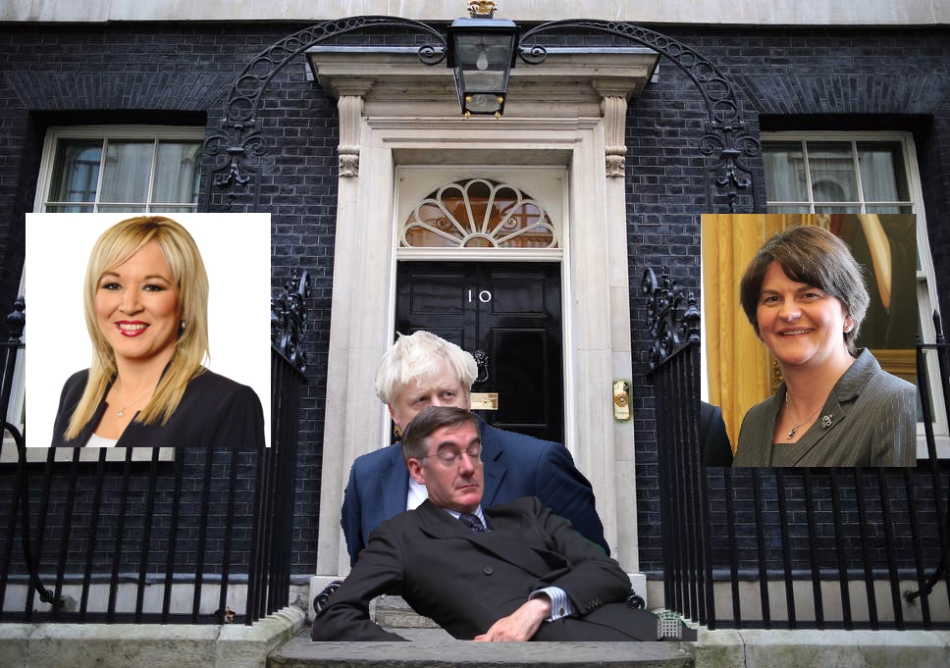 NORTHERN Ireland’s First and Deputy First Ministers have sent a joint letter of support to Boris Johnston and the Tory government in London in the wake of the news that Health Minister Nadine Dorries has got Coronavirus.

Minister Dorries has been in and out of Number 10 like a yo yo all week shaking hands with government colleagues left right and centre.

“This could mean that the whole government could be laid low in a very short while,” said TGL health correspondent Pustule Mump, “in fact we could be without a government all together quite rapidly.”

“Never worry one bit,” said DUP First Minister Arlene Foster and Sinn Fein Deputy First Minister Michelle O’Neill, in a joint letter of support penned minutes after the news broke, “we never bothered about all that for three years and we managed the best.

“Just send over an extra billion and we will happily share our invaluable experience with you.”

PM Boris Johnston said he would give the offer serious consideration and get back to them if the scenario arose where the British government had to ‘silent run’ for a while, as he put it.

“Now don’t you be spreading any scandalous lies claiming that any humping I was doing inside Number 10 was a causal factor Mr Mump,” he concluded.

“It is ironic that just three months ago, half the UK would have been immensely glad to see Boris, Rees Moggs and the whole the Tory government laid low,” Mr Mump concluded, “but now it’s far too much and far too late.”